I’ve been cycling recreationally for a while now but, to spur on my exercise in these horribly cold weeks there needed to be a better cause than my waist line. What better reason to keep up the cycling than Joshua Wilson and the Super Josh Charity Bike Ride.

A bit about Josh

Joshua Wilson is a local 13 year old from Bury who was diagnosed when he was 3 and a half with a brain stem tumour in 2004. Following complex surgery to try to remove the tumour Josh was left with complex neuromuscular disabilities. Josh, nicknamed SuperJosh, is admired for his smile, strength and determination and throughout his journey the public and local businesses have raised funds to pay for specialist equipment and house adaptations.

To celebrate Joshs 13th Birthday last August, his family launched The Joshua Wilson Brain Tumour Charity which helps children like Josh who have brain tumours and post surgery disabilities along with organisations who have helped Josh throughout his journey.

Doing our bit 200 miles in total

On Saturday 30th May 2014 eighteen not so athletic guys and girls are going to cycle 100 miles around The Lakes, the next day we will be cycling home to Bury again another 100 miles. (that’s approximately from Manchester to Birmingham! AND BACK) – hopefully in time for a well deserved pint at The Major pub in Ramsbottom.

For our saddle sores we are hoping for a little bit in return. We would love you to help make Josh Journey even more amazing. Cycling is the hard bit, donating is easy, just click on this link

Get Your Business Involved

We are going to be wearing these T shirts whilst cycling the 100 mile route. If you would like to sponsor us and have your logo on one of all 18 of our cyclists get in touch with me.

Here are the suggested donations for that lucky spot. The question mark spot is up for grabs. The most generous donation can be featured here!

We are all very excited to get pedaling and even more excited to be involved in Josh Journey. We can not think of a better charity to keep us going up the steepest hills.

We're not around right now. But you can send us an email and we'll get back to you, asap. 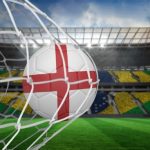